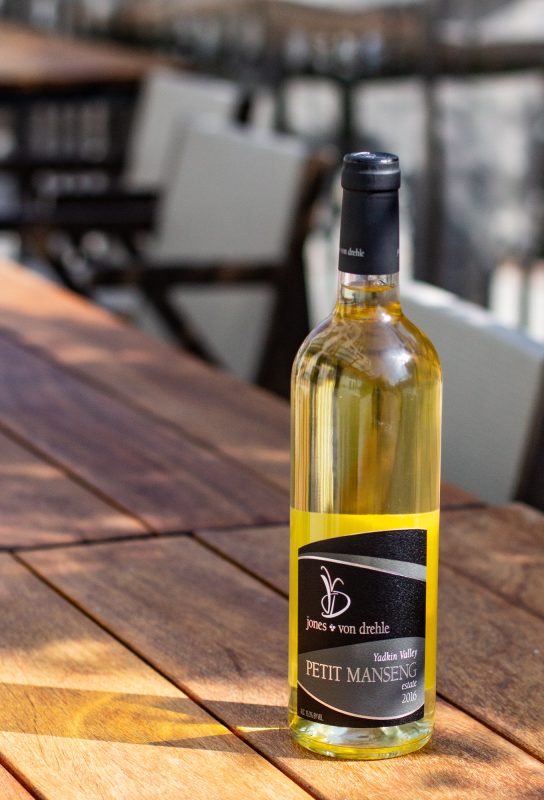 The September Wine Feature is a beautiful white that is made in North Carolina by the family-owned winery, Jones Von Drehle Vineyards and Winery!

The story of Jones von Drehle Vineyards and Winery began in 2007 when in-laws Chuck & Diana Jones and Ronny & Raymond von Drehle discovered a perfect piece of land in the Blue Ridge Mountains of Thurmond, NC. They created an Estate Winery, planting carefully selected varieties of grapes among the thirty acres.

The result of their efforts can be enjoyed at Bargello with a refreshing and classic 2016 Petit Manseng. Petit Manseng is a rarely found grape in North Carolina that originates from the southwest region of France.